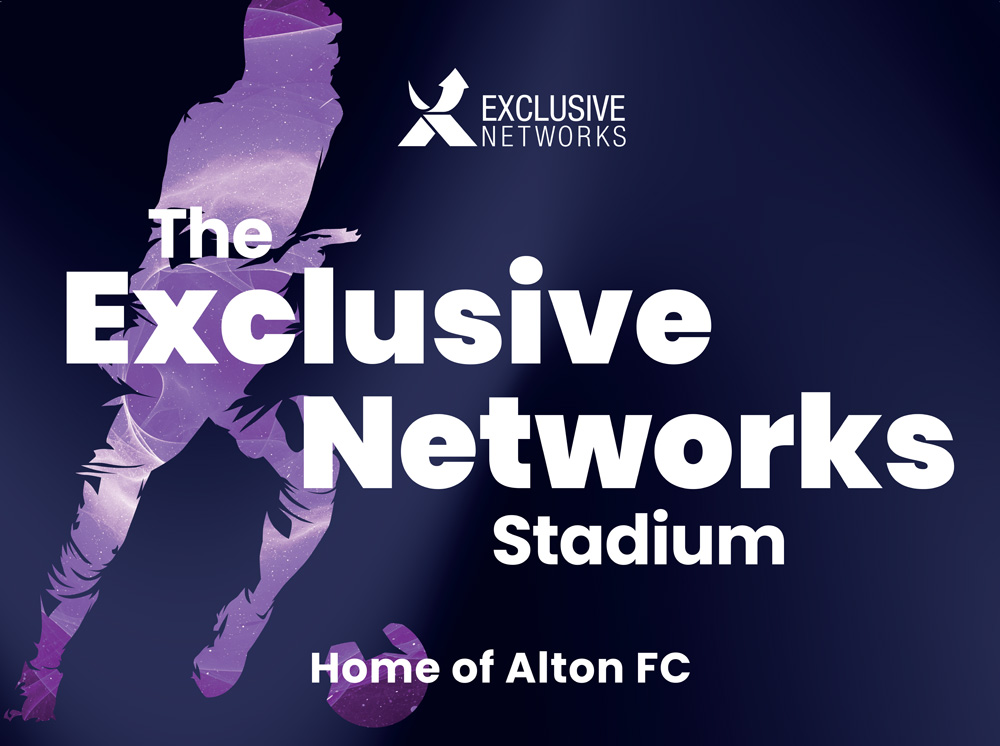 The announcement builds on the club's current First Team away kit sponsorship with Exclusive Networks and emphasises the Alton-based company's committment to supporting grass roots football in the local community.

Carl Saunders at Alton FC commented: "It's a fantastic show of support for the club and especially rewarding to have an existing partner expand their involvement with us."

"We are very proud to be associated with such a well respected and forward-thinking global company and, on behalf of everyone at Alton FC, I would like to thank Hannah, Annie, Abi and the team at Exclusive for their continued enthusiasm which has created a strong and enjoyable partnership."

Exclusive Networks is a globally trusted cybersecurity specialist helping to drive the transition to a totally trusted digital world for all people and organisations. Earlier in the year Exclusive hosted a charity football tournament at Alton FC which raised a huge amount for Mind.

Alton FC will be hoping for a winning start for 'The Exclusive Networks Stadium' when they host Banstead Athletic in the Combined Counties League this Saturday 26th November, kick off 3pm.

Also on 26th November, the Official England Over 55's team will be playing a charity match with the Farnham Vets League. Kick off is at 10:45. Then, in the evening from 6pm, the clubhouse will play host to the official book launch of "The Alton FC Story" to celebrate the 75th anniversary of Alton Football Club.