A new book to celebrate the 75th anniversary of Alton FC. Pre-order now! 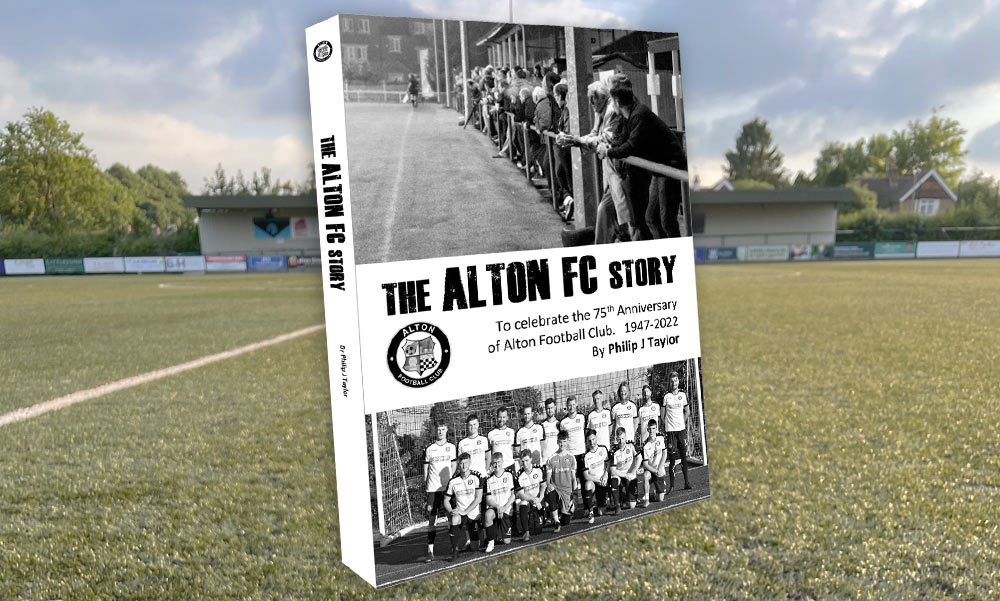 Although football has been played in Alton for over 120 years, the club in its present from was formed after the cessation of World War Two.

This new book by Philip J Taylor charts the team’s progress, season by season from 1947 until the present, but looks back to the turn of the century and early reports of football being played in Alton. The 275-page book features items on past players and officials, league tables and competition results for every season, as well as following press reports, 200 action and team photographs and some interesting stories along the way.

The book will be officially launched at The Enclosure, Anstey Park, after Alton’s home game against Banstead Athletic on Saturday 26th November. The evening event will take place from 6pm-8pm in the Clubhouse, and will be attended by ex-players, managers and personalities. For those who cannot make it to the match, a pre-launch event will take place at Alton Library on the Saturday morning from 10am until 1.30pm, where the author will be happy to chat and sign your copy of the book.

Pre-order now at shop.altonfc.com for the discounted price of £15.

Collect on launch day, or we can post to you.