Alton’s undefeated run came to a halt on Saturday afternoon when a goal in the 90th minute decided this game. 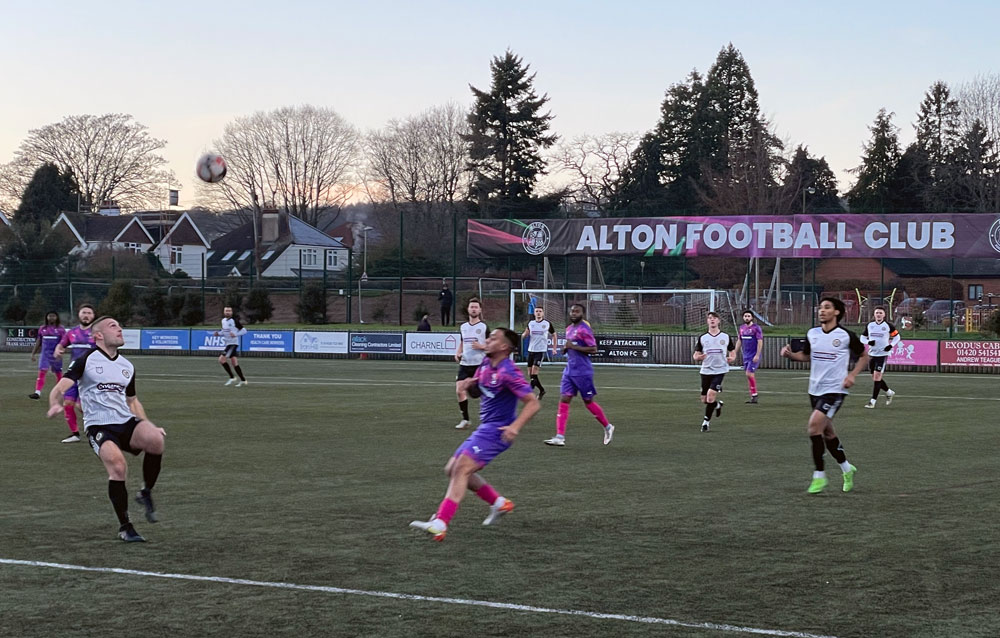 Upon reflection the game was tight throughout but as it entered the later stages ominously it was the visitors who looked more likely of the two to secure the three points. And so it was.

The home side were very definitely second best in the opening stages but clear cut chances were few and far between and it was Cobham who came closest in the first half when a corner was flicked on at the near post, came back off of the inside of the far post but fortunately fell to Ed Dryden who showed great composure to calmly dribble free then pass the ball to a teammate who stole away from trouble.

Twice Trevor Caborn came close. First he broke clear at pace but the keeper made a great block with his legs then his shot was brilliantly blocked by a defender when it looked goalbound.

The second half half was pretty even but the home side were never able to create a real opening whilst keeping the visitors at arms length until the last gasp goal tore a point away from them.

Alton were not at the best going forward and will regret that one lapse in concentration.

Alton end 2022 with a trip to Jersey on Saturday 17th December.