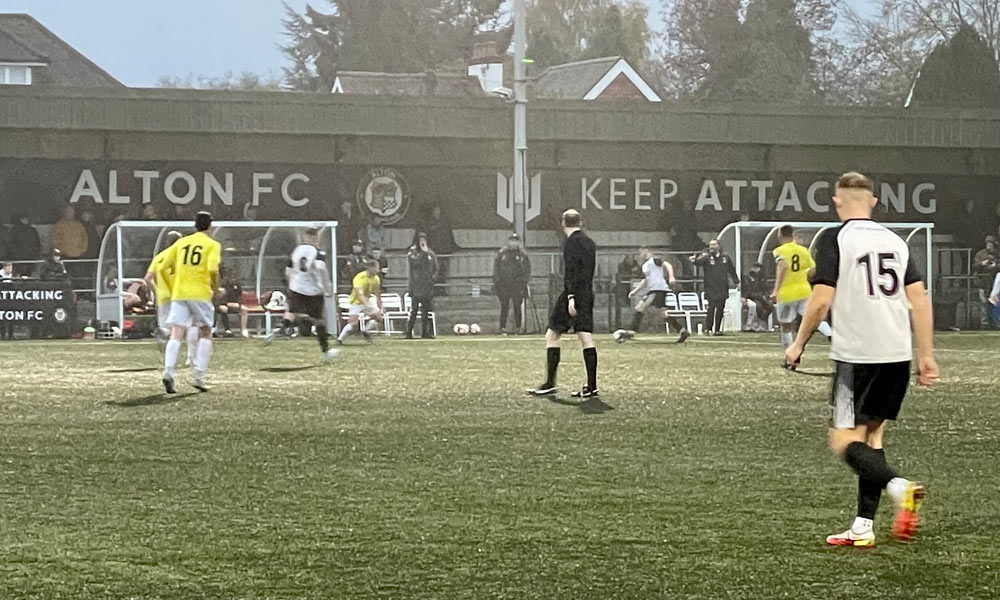 Sometimes in football you have to take your medicine and this was one of those days.

On the day Abbey Rangers were just too strong, too good, and even the home side's worst performance of the season should not detract from that.

Yet it all started so brightly. In the first 5 minutes Siph Mdlalose’s header at the far post hit the bar and went over the top as the home side were the quickest out of the blocks.

The only other real chance for the home side in the entire game also fell to Mdlalose right at the end of the first half. With the home side trailing by two goals to nil he might have narrowed the deficit when, with the keeper in no man's land, he clipped over after he was heavily involved in a nice move forward down the right hand side.

The second half was a pretty one sided affair as the weather closed in. Alton didn't help their cause and compounded their bad day at the office with errors that gifted the visitors their three goals in the second half, and as I mentioned earlier they didn’t need any help from the home side.

Time to dust yourself off, learn from your efforts and mistakes and move on.

Alton now have a couple of away games in a row before returning back to The Enclosure on Tuesday 22nd November, for the second round of the League Cup vs Molesey.