The frustration of Alton’s season continued on Saturday as they slipped to a very disappointing defeat at the current league leaders Colliers Wood United. 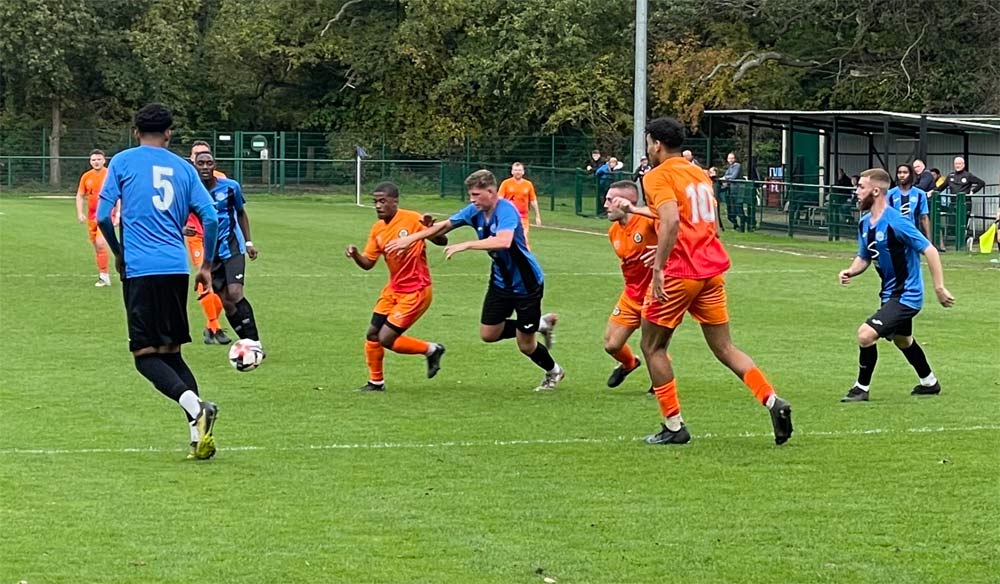 The first half was played at a fast pace on the slick surface and very few chances were created. The best of them both came for the visitors as Matt Benham broke down the right and delivered a delicious cross into the box that George Bowerman could just get enough on and was cleared by a retreating defender.

The quick thinking Louis Russell spotted the keeper off of his line but just could not get enough lift on his attempt from 25 yards.

On 38 minutes the home side took the lead. Much to everyone’s surprise the referee penalised a defender for handball when the ball was rifled at him from just a few feet away. The delivery from the free kick was excellent, right into no mans land and deflected in off a somewhat surprised attacker.

The visitors gained the initiative in the second half and equalised on 53 minutes. Adam Brice’s speciality of being in the right place at the right time from a corner allowed him to again smash the ball in from 8 yards.

The home side were now rattled, so much so that on the hour they were down to 10 men when one of their players appeared to tread on a grounded Alton player. Unfortunately for him the the linesman had a great view of the incident. Sadly for the visitors they would have to wait for their numerical advantage as Phillips was sin binned for his exuberant vocal remonstrations.

During that 10 v 10 minute spell the home side dominated and regained the lead when a well delivered corner was not cleared and a striker poked the ball home from close range on 65 minutes.

When the visitors gained their numerical advantage they dominated, creating numerous goal scoring chances right up to the final minute.

Louis Russell was denied by an excellent last ditch challenge in the box and then delivered an excellent cross into the 6 yard box that Bowerman missed by a whisker.

Phillips jinked his way into the penalty area but his low shot from the angled somehow spun wide off the keepers legs.

Mdlalose was in on goal but chose to try to strike the bouncing ball at goal from 18 yards when he had plenty of time.

In the final act of the game the home keeper flapped at a cross and the ball fell to substitute who had only been on the pitch a matter of moments, but with the keeper nowhere to be seen and the goal unguarded he lifted his shot wide.