Alton were made to rue a first half of dominance and clear chances and surrendered 2 points on their travels in Woking on Saturday. 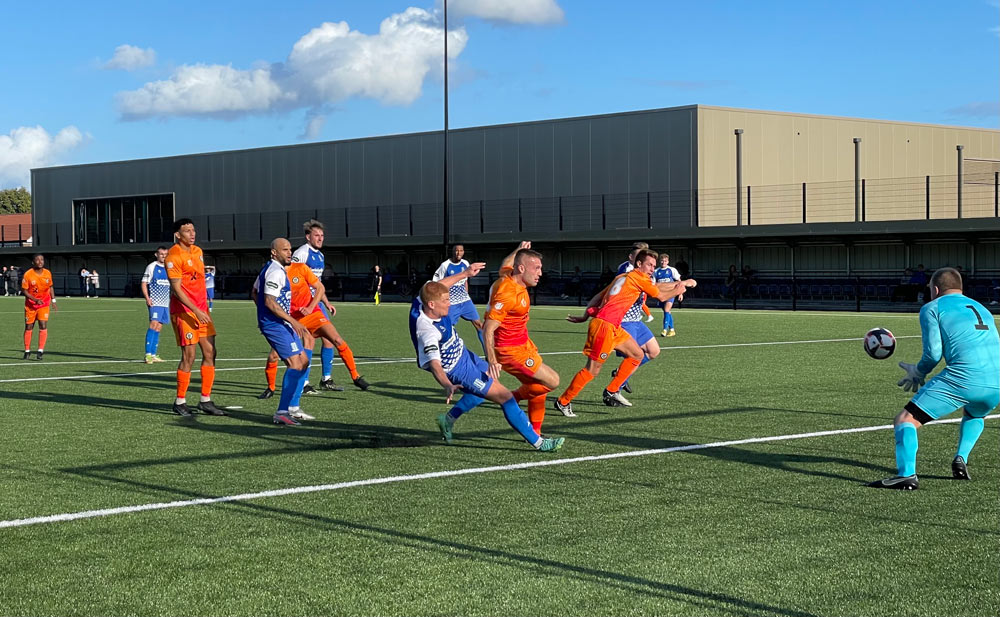 On 5 minutes Sanderson won the ball in midfield and set Knight free on the left, his delightful ball in left Russell with a free header from 8 yards but he flashed it just wide.

Dryden was the next with a decent opportunity but his header from a corner again just missed the far post.

Billy Wright won possession on the right and delivered another really good cross, Knight arriving at pace was unable to control the header and another chance went missing.

Young Lewis Mees in the home team's goal was dealing well with sporadic attacks from the home side and had to be alert to tip over a rasping shot after a free kick was conceded on the edge of the box.

Knight appeared on the right hand side and burst past two defenders, cutting the ball back to Mdlalose who could only hit the side netting.

On 38 minutes at last the opening goal from the visitors. Knight's long throw was flicked on by Dryden and Brice forced it home at the far post.

When the game resumed after the half time interval it appeared that the wind had strengthened and the home side took full advantage territorially, forcing numerous corners from which they were always likely to pose a threat.

Dryden was in the right place to clear comfortably off of the line from one but the warning was not heeded and on the hour the game was level.

Another corner somehow made its way low through the 6 yard box and a home player reacted quickest to force the ball home from close range.

Sanderson had a header from Matt Benhams free kick and the home keeper made a comfortable diving save from Mdlaalose after good link up play between Bowerman and Russell.

The away side held their breath when they again failed to deal with a corner and a late arriving attack at the far post failed to connect properly.

The remainder of the game was played out without a real threat on either goal, substitute Richie Hunter had a half chance really late on but his header went high over the bar.

Alton return to action at home this Saturday 8th October, when Frimley Green will be the visitors.