Alton exited the FA Vase at the first hurdle against one of the highest ranking sides in the competition on Saturday. 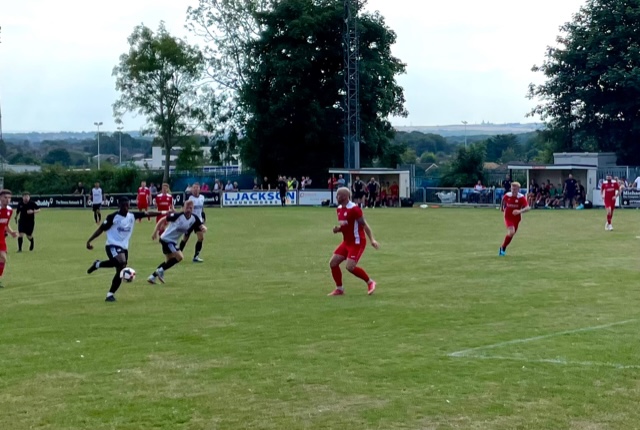 How they found themselves two goals down at half time somewhat summed up their season so far as they should have taken or indeed extended a lead on no less than three occasions when Brown, Mdlalose and Brice all missed excellent chances as the visitors showed good attacking intent.

The home side are nothing if not ruthless and an instinctive header and a goal just before the break on the counterattack sent them into the break with a somewhat underserved lead.

The visitors again started the second half brightly dominating territory but somehow contrived to concede an unnecessary penalty on the hour. 3 nil and it felt like game over.

Then a flicker of light as Ed Dryden powered home a header from a corner, maybe just maybe.

Those flames were finally extinguished when a home player was allowed to tip toe down the goal line and square the ball for a simple tap in.

Encouraging signs during periods of the game but a spirit of togetherness and courage at Alton, along with a little luck will be required to help turn their fortunes around.