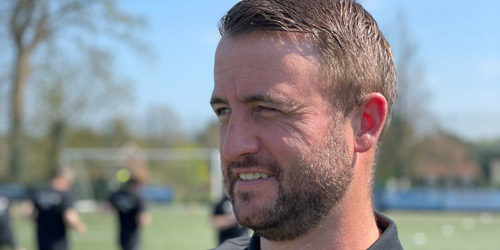 "So we have been officially training now for 5 weeks and, in what is a first for us as a club, we have had the Under 18s, Development and First team squads all doing pre-season together, I feel it’s been a really good exercise for us as a group.

We have learnt a lot from the set up we have used and although we will adjust things slightly next time around I have been really pleased with how it’s all gone.

Our coaching set up from the First, Development and U18s teams have worked closely together to help us form and define the way we want the groups to do things from midweek training sessions to the pre-match and post-match routines that we will all follow.

I have managed to give over 50 players a decent opportunity to show us what they can bring to the squads.

We have had 10+ players involved in this that are under the age of 18, a large group of these being lads that were playing under 16 football at the club last season so that’s a positive in our challenge to create a clear player pathway into senior football here.

We will now start defining the squads as we see them for the start of the season and get them playing in games together so the understanding between them as units on the pitch will start to form and strengthen. We have looked at the individual’s ability to train under heavy work load but now we need to focus on them getting their roles and responsibilities right in the team set up.

We have also received our fixtures for the first few weeks of the season as well so we know what we have to look forward to in the next few weeks.

We will be travelling down to Baffins Milton on Friday 5th August in the FA Cup for what will be our first competitive game, the development team should start their league fixtures on the weekend of the 13th August and the under 18s will be involved in the FA Youth Cup in the same week so we will look to be in as good a shape as we can by then."