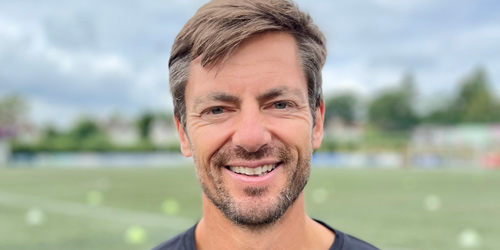 "My main role is Development Squad coach. This involves working with both young and senior players within training sessions and games. With the young players it is to prepare and equip them for first team football weather it is at Alton FC or at another club. With the senior players in the Development Squad, it is to provide them with the environment to either get back to fitness or to improve the technical/tactical areas for First team football.

My secondary role at the club is to support and oversea the coaching within the Senior section, this includes ensuring that the club has a player pathway from the Youth Team to the First Team for young talented players.

This is now my third season with Alton FC. The first two seasons with the club I was coaching my son’s team who played in the Junior Premier League at U15’s and U16’s. During the second season I also had a second role at the club, and this was to support Kevin and the First Team with both training sessions and games when I was not working with my son’s team.

I have three main aims this season:

The club has a fantastic facility and one of the best in the local area. The club supports the progression of local youth players into the First Team, and I know that the First Team Manager Kevin has this point on his list of priorities. Kevin has created an exciting three-year plan for which he now has recruited a fantastic team of people for the Senior section to execute his plan, which I am pleased and excited to be part of.

Within the Development Squad we have a very young group of players who are talented and keen to develop themselves both technically and tactically during the season.Plus, we have a number of quality senior players who have been retained at the club for the main reason is to support the development of these young players on the pitch. I know that all the young players are keen to push for First Team football soon.

There are several areas that I am looking forward to this season and they are; seeing the development and progress of the young players at Alton FC from the player pathway that has been embedded; how the senior players at Alton FC support and help develop the young players on the pitch; how many Development Squad players can get into First Team Squads this season, even if it is just to gain experience being in and round the management and players during matchdays; seeing how the Development Squad performs in the league and cup competitions.

I am keen to see where this journey will take Alton FC, players and the team of people that Kevin has recruited to work with the players."