A day trip that that involved a 5am start was always going to test the stamina of the squad that made that journey on Saturday. 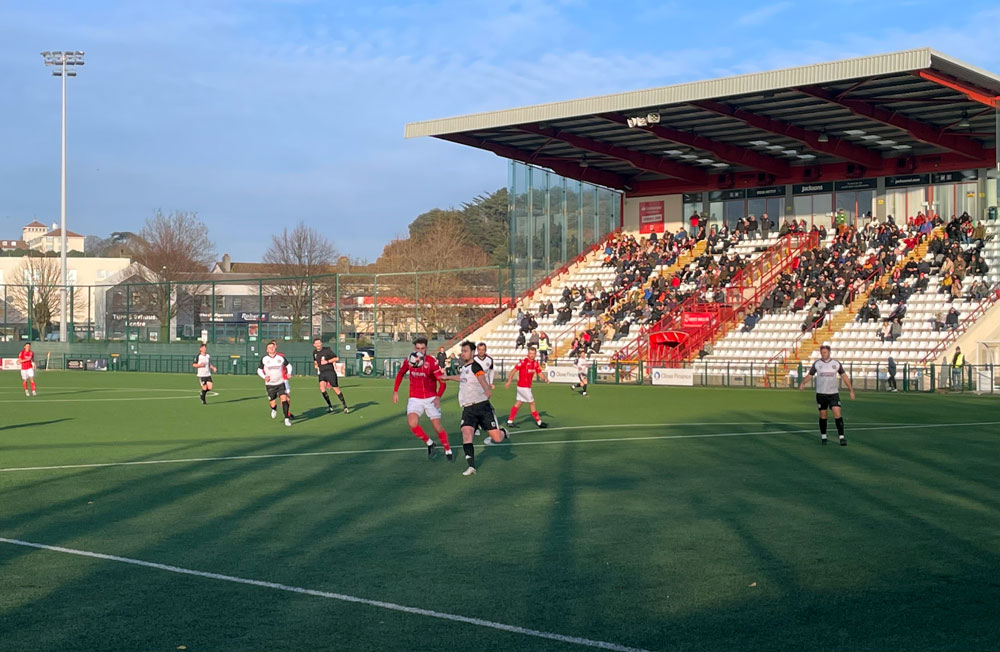 The fact that the high scoring hosts had to wait until the 72nd minute of the game was down to the way in which Kev Adair and his management set out their game plan and the committment and hard work of the players who took to the field.

The large crowd were frustrated throughout the first half as all of the best chances fell to the away side. Unfortunately for them they were unable to convert any of those that came their way. Two or three of them had the visiting officials and supporters out of their seats.

Kieron Greene in the Alton goal dealt comfortably with the few threats that Jersey Bulls managed to create against the well disciplined visitors.

As organised as they were in the first half the visitors were definitely going to have to up their work rate another notch, as the home side stepped up their efforts, dominating territory and managing the ball much better than they had had the opportunity to do in the first half.

As the game approached the last 20 minutes Greene had only been called on once to make an outstanding safe, superbly blocking a point blank shot after Jersey at last created a situation that raised the decibel level of the home supporters. Was that save going to prove crucial in securing a point?

Sadly not, a defender's hesitation in clearing a ball allowed a striker a free run at goal and he finished really well past the advancing Greene.

Still the visitors kept their composure and threatened whenever they could but they were completely undone when what looked like a very obvious foul on Jamie Phillips in the 83rd minute went unpunished allowing the same striker to steal away and again finish well.

If there was to be a winner then the second half display of the home side definitely turned it to their advantage. That said the visitors will be justified in their frustration with the referee who it has to said was very disproportionate in a lot of his decision making.

A game and journey that no doubt tests the strength and depth of any squad that travels from the mainland, but an enjoyable one no less with great hospitality from the hosts.

Alton resume league action in the New Year with an away trip to Cobham on Saturday 7th January. 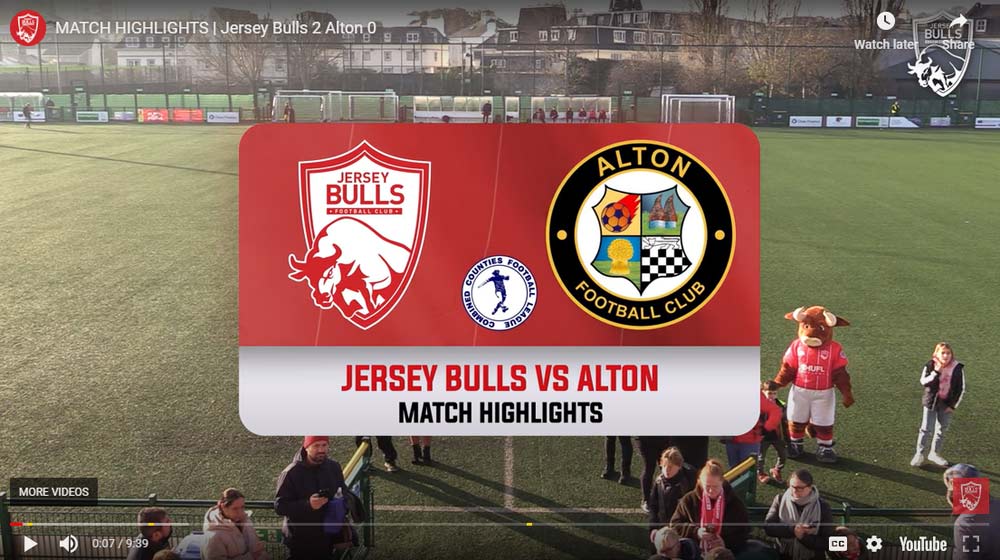