Whilst this point will be recognised as a really positive return and progress for Alton, it was so very nearly three. 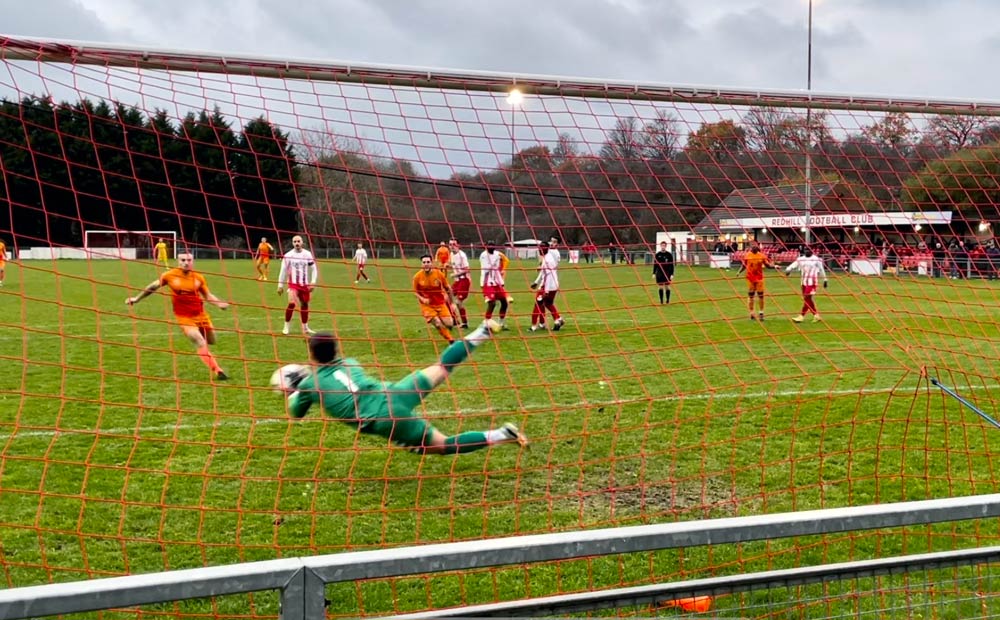 The visitors were really positive in the first half, working hard and first to the ball right around pitch and creating numerous opportunities.

Trevor Caborn was a threat throughout down the right, George Bowerman found himself clear on the left but his colleagues did not get to him quickly enough and the chance was lost.

When Siph Mdlalose was upended 25 yards out Matt Benham's free kick was well struck into the far corner but the home keeper flung himself across his goal to make a really top save.

Caborn after another mazy run tee’d up Tommy Reffell but he shot over from 18 yards before Redhill had their only real chance of the half after a fortunate rebound left the striker clear but he scuffed his chance wide.

Alton lost skipper Brice at half time but young Toby Fuller enhanced his blossoming reputation by slotting in alongside Ed Dryden at centre back with another valuable contribution to the side.

Redhill grew as the game went on and dominated territory but were unable to fashion a real goal scoring chance with Greene in the visitors goal dealing with any threat really well when they did manage to breech the defence.

Alton remained a threat throughout the contest and with just seconds remaining might well have won the game. Substitute Oli Page found himself clear on goal after a nice move opened up the home defence but his shot was somehow deflected wide by the keeper.

A really good game well managed by the officials and more progress by Alton. The mix of experience and youth is evolving nicely and the group continues to learn and grow.

Alton return home to The Exclusive Networks Stadium tomorrow night (Tuesday) for the rescheduled League Cup game vs Molesey, then complete 2022's home fixtures this Saturday 10th December when Cobham will be the visitors.