An excellent win for our Youth team last night on the back of a strong second half performance, the young Brewers battling back from 0 - 1 down at half time. 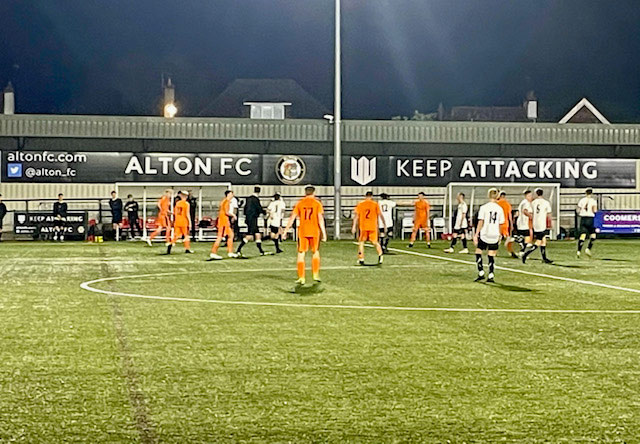 The game was fairly even in the first half with the only goal coming from a corner and well controlled header from Hartley Wintney.

After the break Alton’s midfield were able to get more passing going and it seemed like Alton were taking control when Alec Cracknell equalised on 60 mins with a good close range goal.

Two minutes later, the team combined well with Alec Cracknell breaking through their defence and he took the chance well to make it 2-1 and get his second goal of the evening.

Hartley Wintney could have levelled the score, but for a very good and really important save from Ben Moran.

And Isaac Winzar topped off the night with a good goal and calm finish beating the offside to run through and score.

Three league points, plus it was great to see the game turnaround with an improved second half performance.